"I can’t really put what that weekend meant down in words, honestly. It was a phenomenal experience." 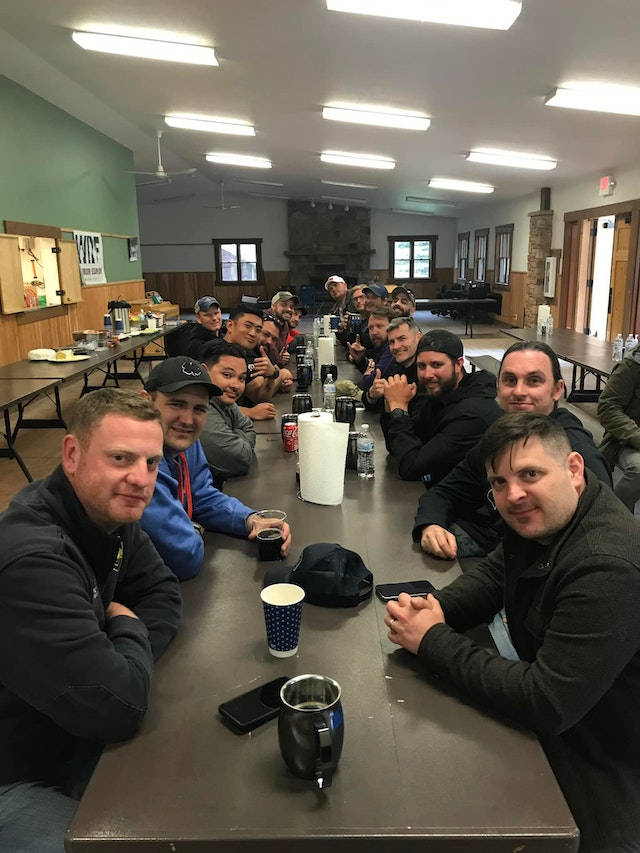 Creek Co 2-4 deployed to one of the most violent provinces in Afghanistan during the height of the Afghan surge. They began their deployment at Combat Outpost (COP) Tangi where they would make great effort over a six-month period to secure the area. Despite this effort, they were tasked to relocate to COP Sayed Abad after it was determined Tangi was untenable. The enemy attempted to exploit this move and attacked while Creek Co was vulnerable, but the company held its ground and had zero casualties during 24 hours of fighting. At COP Sayed Abad, the company would take significant casualties, but never slowed down and banded together to stay in the fight.

From the first day of Creek Co's reunion, they began renewing the bonds they had established on the battlefield. Over the course of the Memorial Day weekend, they shared stories from past and present around campfires while making s'mores, watched a deployment video, hiked the trails of Sluice Boxes State Park, and enjoyed home cooked meals prepared and served by volunteers from the Great Falls, Montana area. They also conducted a service project that included clearing away fallen trees and debris at Camp Rotary in preparation for fire season and chopped wood that will be used by youth camps who utilize the facility. To close out the reunion, despite some rainy weather, Creek Co completed a cornhole tournament where the winners received custom boards signed by each unit member. 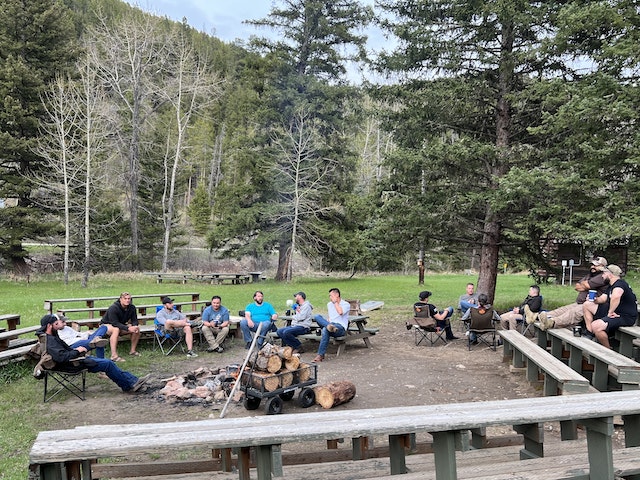 "Generally, just catching up. There were great activities, but the amount of time we had to relax and catch up and allay my concerns was amazing." 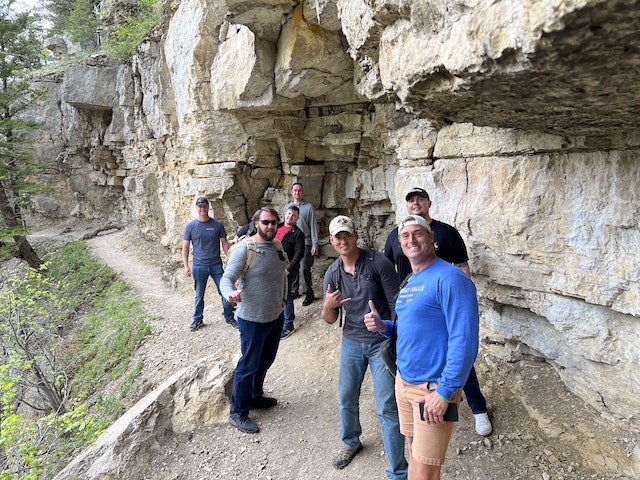 "WRF went above and beyond to make this happen for the men of Creek Company. Not only would I recommend other veterans to host a reunion, but I would love to have (WRF) run our 15 and 20 year reunion."