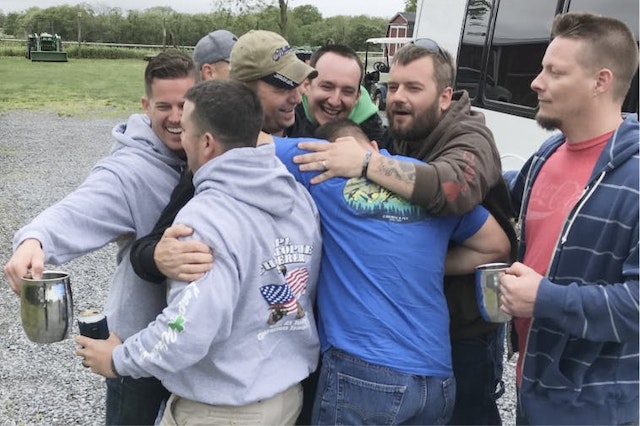 Over Memorial Day Weekend the Marines of 1st Platoon executed a reunion aboard a farm in the town of Southold, Long Island. Throughout the weekend, members of the unit had the opportunity to reconnect after 10 years apart, while also spending time with members from the local community who joined in activities commemorating the unit’s accomplishments and honoring their fallen. We were honored to be joined throughout the weekend by the family of Cpl Christopher G. Scherer, a member of 1st Platoon who was killed in action during the 2007 Iraq deployment. The unit participated in a memorial run in Chris’s hometown to honor him and all those from Long Island killed in the War on Terror. Each activity throughout the weekend help to rebuild the special bond of brotherhood that exists between those who served together in combat. “Thank you to Warrior Reunion Foundation and to all who made this reunion possible. I never thought ten years later I would be surrounded by my brothers, and seeing the Scherer family as well. My attending this event would not have been possible without the support of WRF and I am forever grateful.”